Geopolitics of the new Middle East 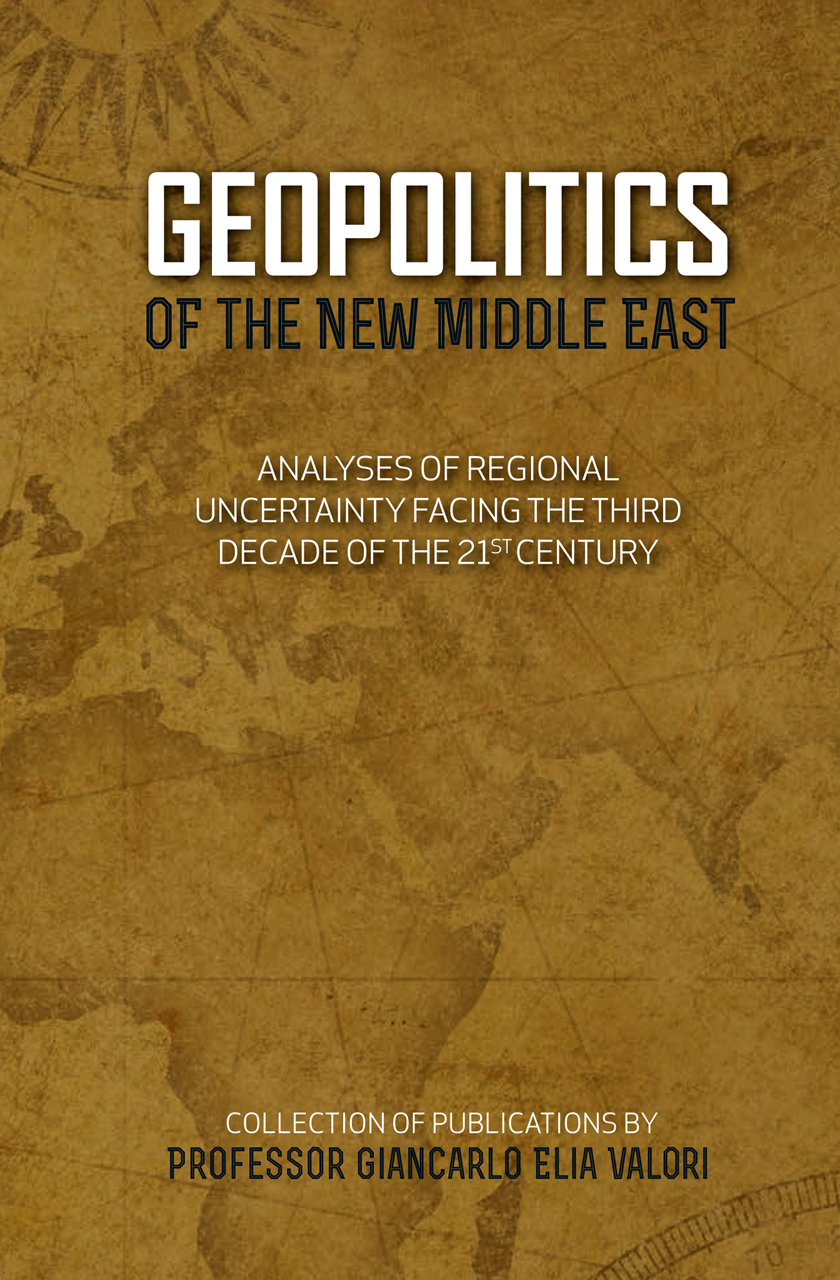 On January 27, 2020, my great friend Prof. Giancarlo Elia Valori celebrated his 80th birthday. An old Jewish blessing going back two thousand years describes anybody reaching this age as “Ben Shemonim Legvura” – “The Mighty Octogenarian.” Indeed, this is an important milestone in the life of every person. One looks back at what he has accomplished, but also looks ahead to what can still be done.
President Valori has reached the point where he can look back with pride and satisfaction at all of his accomplishments during these long years. Today he is Chairman of an important financial institution and has held a number of very senior positions in the Italian public and economic sectors over the last 45 years.
But Giancarlo Valori is not only a man of action, he is also a thinker and an academic of high prestige. He has taught economics and political science in many universities, both in Italy and abroad. He is the author of a number of books on a variety of subjects, from the philosophical and historical domains to the geopolitics of earth and space, all of which have attracted much interest.
Over the last few years, he has published an array of articles on the Middle East, which were compiled in two books. The first book, “Geopolitics of Uncertainty,” was published two years ago, and now we can enjoy his new series of articles on many subjects regarding the Middle East in this new book, appropriately titled “Geopolitics of the New Middle East.” The title reminds one immediately of Shimon Peres’ book “The New Middle East,” written at the height of the peace process in the 1990s, days of hope and optimism. At the time, President Valori was already a great friend of Israel and a personal friend of Shimon Peres.

I remember well my days as Ambassador of Israel to Italy when Giancarlo Valori opened the gates of China, previously closed to Israel, together with his friend, then Foreign Minister Peres, who would later become President of Israel. This is but one example of the immense love that Prof. Valori has for Israel. Every time I felt the need for advice during my term of duty in Italy, I turned to him. I still remember how Leah Rabin, the widow of assassinated Israeli Prime Minister Yitzhak Rabin, spoke enthusiastically about her visit to Italy, arranged by Giancarlo Valori. It is with Leah Rabin and Shimon Peres that he initiated the planting of the “Forest for Peace” in the hills of Judea near Jerusalem, a symbol of good will and a prayer for peace.
It is therefore with great pride and deep friendship that I am writing this foreword to his new book, comprising some 30 articles covering a wide range of issues and an indepth analysis of the Middle East and its surroundings. Only a man of great knowledge and true insight can write with such accuracy on such diversified and complex issues. The general public will be eager to learn more about these subjects and broaden their understanding of issues of such interest. Experts will certainly relish the reading of this outstanding book.
I wish my dear friend Giancarlo Valori many more years and much success with his newest book, and I am sure that it will attract great interest on the part of those who want to deepen their knowledge of our region.